Kasia Pieniądz interviews Mateusz Jarosiewicz, an expert in a smart city, e-state, and digitization at the National Institute for Strategic Studies

Mateusz Jarosiewicz - Creator of new technological and political concepts. Founder of the first co-working office in Poland. Creator and promoter of the concept of the operating system for cities City2.0.neOS. Founder of the think-and-do tank Smart Cities Polska. Deputy editor-in-chief of the European City:One magazine. 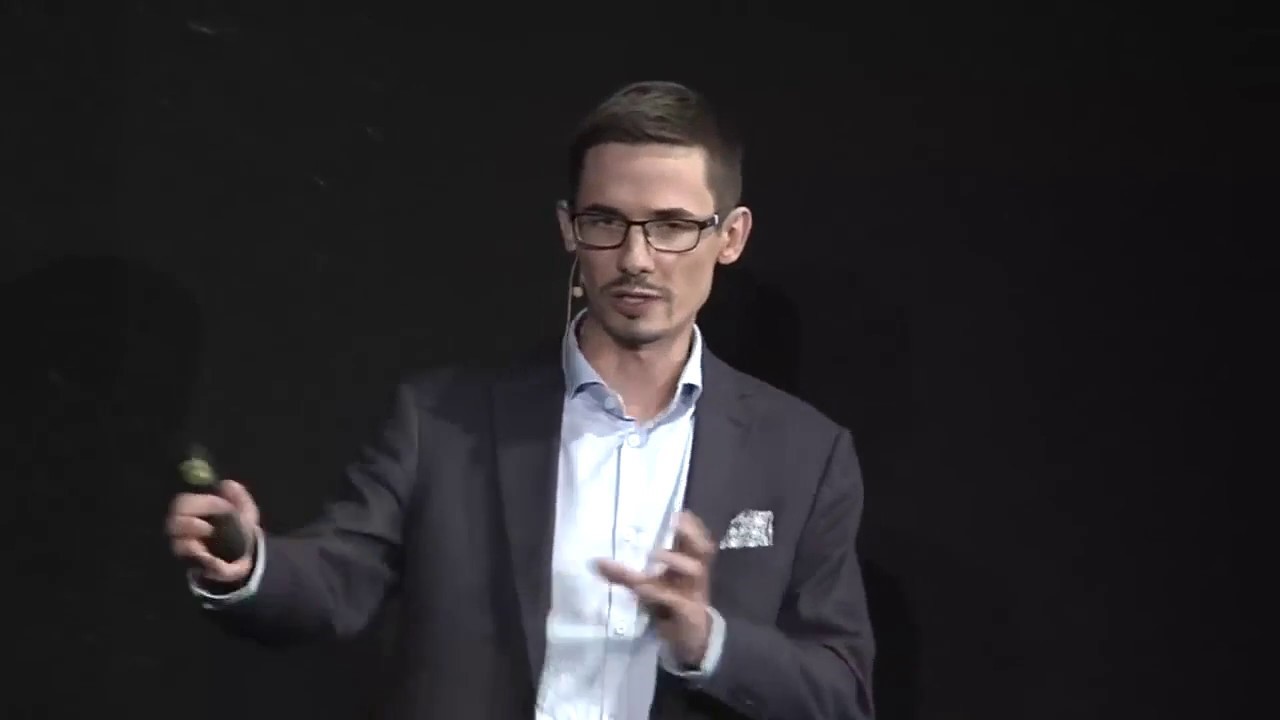 Coordinator of experimental projects concerning the reconstruction of the social network and human capital: FutuCard. Author of the winning social innovation project concerning the entry of young people into the future labor market „Future City”.

Speaker at Polish and international conferences on smart city. Author of many articles, including on strategies for implementing smart cities in the Middle East and the development of a Polish smart city. He closely cooperates with experts and smart city organizers in other countries. Expert in the Católica Lisbon School of Business & Economics study over 60 business models for smart cities and author of two Blockchain models. A smart city lecturer of „Law in the business of new technologies” at the Łazarski University. He supported local government politicians in creating smart city programs as well as ideas for new cities.

Mr. Jarosiewicz, you are an expert in the smart cities area. What does the word 'smart' mean in the context of a city or a city building?

Smart in most cases means a completely new generation of a thing. It's like adding a nervous system to the body. Like with the iPhone - even if all its parts were known before, it converges it into the new category of Smartphone. The same is for the cities and being smart. It means connecting a lot of independent and known parts into a new class.

The smart city consists of features like electric buses, led lighting adjusted to the traffic and weather, ubiquity sensors and cameras. But more interesting is that it has its operating system working in the background. This is where things get more interesting and we can actually treat our previously chaotic environment as a sort of advanced system serving our purposes and decide what we want from it.

If we remember that people are complicated creatures and we put them in the center of everything, we will end up in the living and smart cities. I’m a strong advocate for a human-centric approach to the smart city,  so the 3.0 generation of this model of becoming smart. It's a city built by and for its inhabitants so by and for us. Me and you.

It looks like an ideal space to implement blockchain technology…  Am I wrong, or blockchain can really boost the development of smart cities?

From my perspective, a smart city is a natural environment for Blockchain and it can fulfill its dream and make the change really happened. Basically, new city structures are connected and synchronized one to one with the digital realm. So registers, transactions, licenses, agreements, and policies are meant to be completely digital. It creates an opportunity to rebuild city services from scratch with a new level of optimization, speed, and design. Blockchain can be in the center of it.

In the city of Zug which is a pioneer in the field and as well in the city of Toruń, we have very interesting moves in this direction. Blockchain ID and wide acceptance of cryptocurrencies in payments for city services or safe digital signature and city docs kept in the Blockchain registers are great examples of doing it right. Community Bank in Toruń has introduced blockchain as well as the Center of Shared Services. ChainDoc built on the blockchain engine supports financial and accounting for all educational units in Toruń.

What I underline in my presentation to the Blockchain community is that smart cities will be fueled by the data, and we need to build refineries and engines for it. We are talking about a trillion $ size data economy. Currently, we have interesting projects like IOTa who are targeting the opportunity to become an inter-institutional operating system. Other players we know are building data market platforms to help exchange data for micro payments between different stakeholders: city departments, telcos, private companies, etc.

It's also a great opportunity to build solid sharing economy platforms operating for community well being without a central authority. But the driving factor of mass adoption of Blockchain in a smart city context can be cyber security. Widespread decentralization and automation of the security procedure on the edge devices can help to secure cities from destructive attacks on its cyber infrastructure. 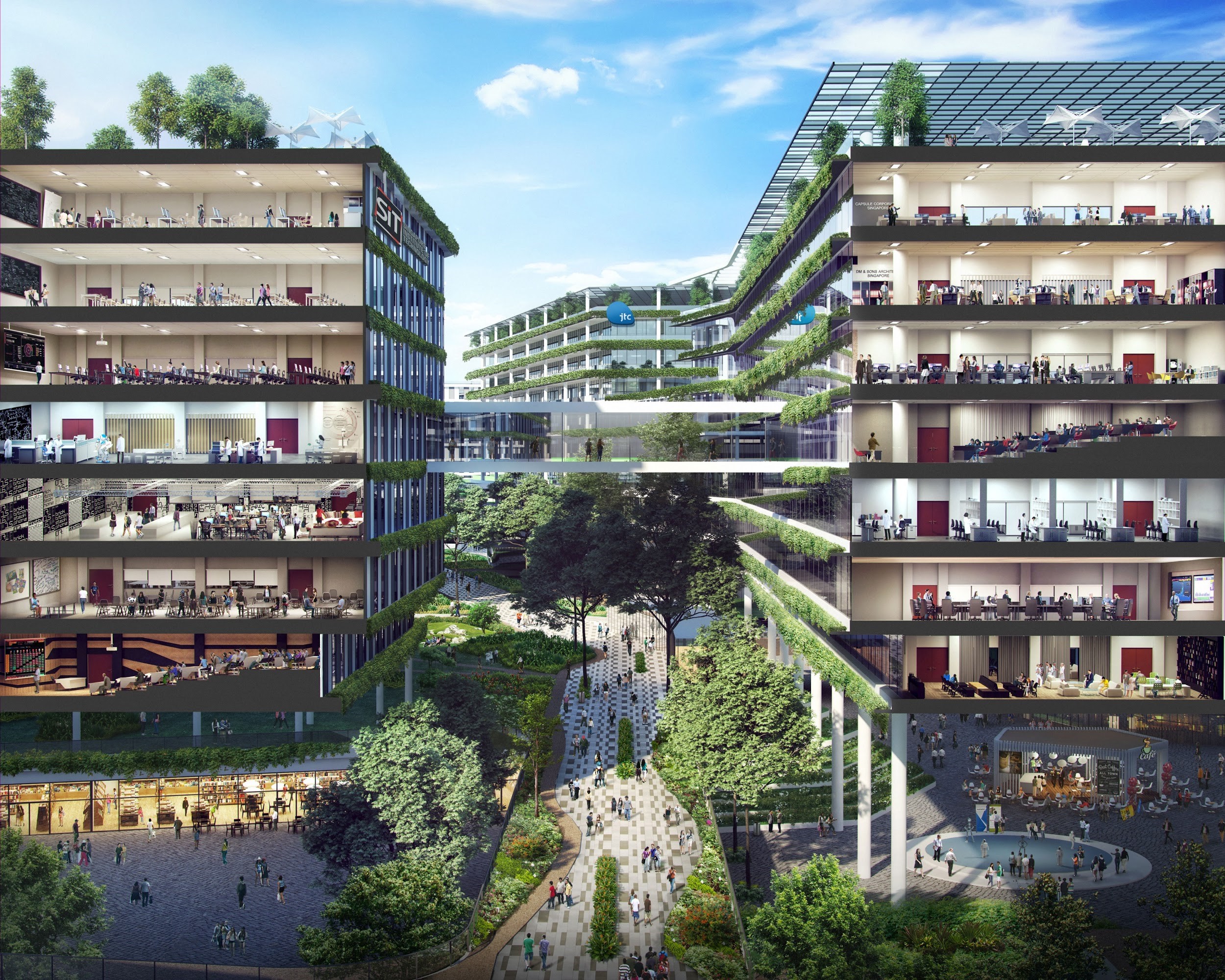 Sounds promising. What are other benefits of living in a smart city? Could you please give some examples of already existing smart cities?

A new approach to city building embraces the human-centric design. We don't only want to commute fast and live in good thought space but also need to fulfill our deeper needs like esteem, self-actualization, belonging, safety. At some level, we all need to connect with the larger ecosystem to put our knowledge and talent to work and get back in return what we need. Smart cities are the first choice for those conscious individuals who are able to actively co-create the world. Through Involvement in the city building one can get a unique perspective of interconnections of parts and layers of city substance. It forces the imagination of what connections and optimizations of the lifestyles and systemic architectures are possible with the involvement of advanced tech and breakthrough Blockchain solutions.

If we look at the districts built or rebuilt to be smart we can notice three common elements: Water, Green & Clean. No matter if you will look at the Masdar in the desert, plans of future Singapore Punggol Digital District or Wien Seestadt there will be for sure some connection between business, academia, campuses, and science parks. Integration and cross-disciplinary spaces are clearly underlined and this is why there will be boulevards and wide pedestrian streets joining parts of a district.

Those small cities are vehicles to bring companies, investors and talents to the city. As they compete with the whole world of cities for the best people they need to still be improving standards of life and amenities for its future citizens. One of the new forms of rising standards is connection to nature and more social bonds. Living in this kind of environment but also some responsibility for its settlers. They are to become an evolutionary place for innovations to emerge from the chaotic inter road between humans and the information world. So generally they are for people who want something from life more than 9-5 work and are able to contribute significantly to the local community.

My favorite example is Aspern Seestadt, the 22nd district of Wien. Connected to the rest of the city by the brand new metro station. It’s built by a joint venture between city hall, and corporation It means that there are a great planning process and financing behind. Corporations can test and make demos of their new complex solutions for the green economy and cities have reliable partners to evolve. It's a win-win situation. 22 thousand people can now experience new standards of smart life. It comes out more naturally the South Korean Songdo or Arabic Masdar. From the beginning of the project, there was consulted between stakeholders and its future inhabitants about the final shape of the district. What I like the most is the co-living area where 5 different "living cooperatives" operate. They are equipped with their own internal app and co-working place. They show me the common rooms to relax, play with children and eat - what is common there and I like it very much.

What do you think are the biggest challenges and obstacles in building or designing the smart city?

Cities are a collective thing. They are a projection of our relations to the world as such. As we dive from conquering space and nature to the exploration of inner selves and possibilities of our imagination and creation, people can refocus from material context to more higher realm. From the industrial age, we are skipping through the information age to creativity age. It changes everything. Fundamental problem is that there are forces that prefer to keep things as it was. I mean developers, bureaucrats, white-collar, and so on. It’s almost unimaginable for the well-established institutions from the industrial sector and government ones. They tend to control the society not to serve them, and it’s contradictory to the new open culture. So cities still did not make necessary, bold and concrete steps to change the model of development. Thoughts and models of being have no boundaries. They come with the new work paradigms and models such as a sync remote, co-working, and so on. More and more jobs will be somehow connected with the digital world as a medium of exchange and will be distributed between urban centers, innovation hubs, digital smart cities and so on. The hardest part is to change complicated previous age mechanisms as a city in something more like a living city. I've been working to build this process for 8 years. Its fundamental change in the city government and it is inevitable. So for most of the city units, it will be a surprise as Uber. For others it will be eldorado if they can only embrace the change and make the best of it. The biggest problem is the lack of competent people in the sector on the government side. Payrolls are so outdated that people prefer to work for museums instead of a city. It is a paradox as cities itself are the greatest companies than Google, Facebook and Amazon can ever dream to be.